Nichia Corporation (“Nichia”) is pleased to announce that the United States District Court for the Eastern District of Texas has issued a decision holding that Everlight Electronics Co., Ltd. and Everlight Americas, Inc. (collectively, “Everlight”) have infringed three Nichia patents. The court upheld patent infringement claims that Nichia filed against Everlight in 2013.

The court also found that Everlight has infringed Nichia’s U.S. Patents No. 7,432,589 and No. 7,462,870. The court denied Everlight’s contentions that these patents are invalid.

A copy of the court’s judgment, and a chart showing the Everlight LED product series found to infringe each of the Nichia patents, are attached.

The decision was issued by District Judge J. Rodney Gilstrap of the U.S. District Court for the Eastern District of Texas in Case No. 02:13-cv-702. Nichia filed its lawsuit against Everlight in 2013, and the court held a trial in Marshall, Texas in May 2015. The court issued its decision on January 25, 2016.

Nichia seeks to protect its patents and other intellectual property rights and takes actions against alleged infringers in any country where appropriate and necessary.

The following chart identifies, for each of the asserted claims of the Nichia Patents, the Everlight LED product series found to infringe. 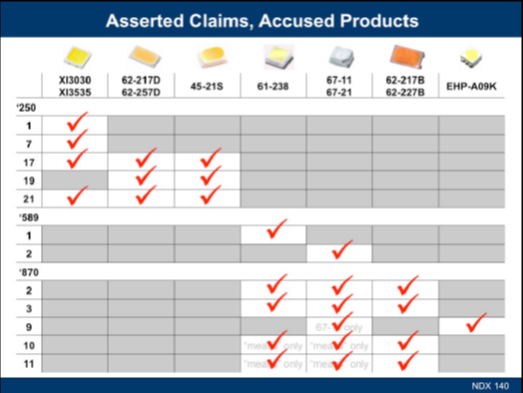 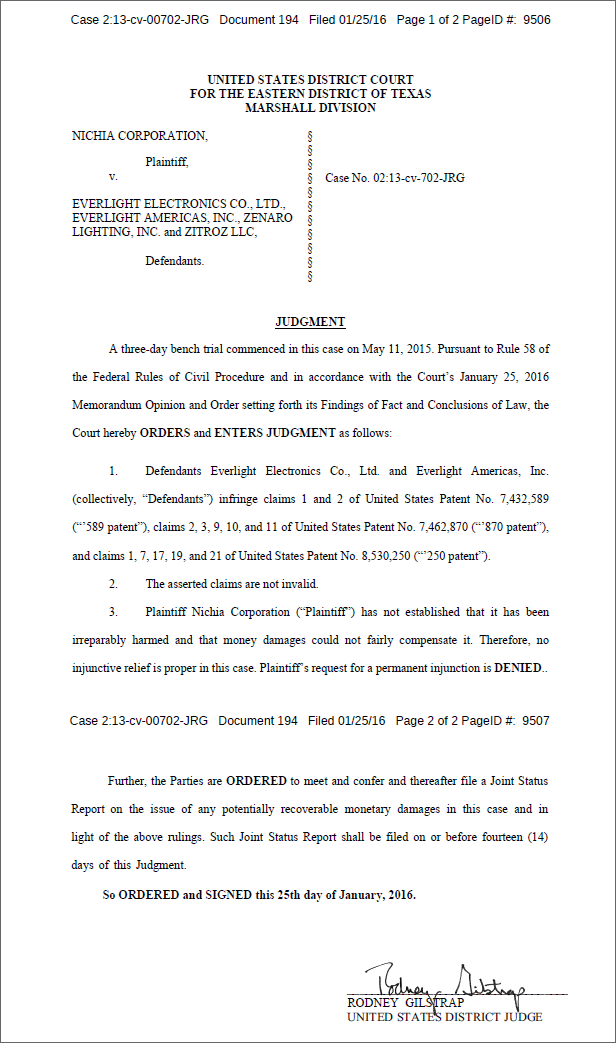